When it comes to resolution, the ViewSonic X10-4K uses the 4K-UHD resolution with 3840 x 2160 pixels and delivers excellent image sharpness. Perfect for films that can be streamed, for example via online services, the 4K projector is optimally suited thanks to its built-in smart features. But of course, you can just as easily connect a 4K UHD Blu-ray player to play the 4K content. For this, both available HDMI connections offer the HDCP2.2 support. For a 4K projector in the price range of the X10-4K this is often the case only for one connection.

Hand in hand with the 4K resolution is its HDR capability. The ViewSonic LED projector offers HDR10 support for excellent colour and contrast display. The high dynamic range representation together with the resolution provides for a very natural image, which moves close to reality and works at a high level. Thanks to the realistic display from the 4K projector, the ViewSonic X10-4K UHD projector ensures a very special home cinema experience.

When producing light, the X10-4K does not rely on a conventional bulb but on LED technology. The longevity of the LEDs ensures a running time of up to 30,000 hours. Thus, the change of a lamp is a thing of the past. Likewise, the cost that comes with lamp replacement.

Another plus is that the LED lumens are a little bit higher compared to the usual Ansi lumens, found in projectors with lamps. By more precise control of the LEDs, less stray light is generated. In the ViewSonic X10-4K review it appeared correspondingly brighter than a lamp projector with the same lumen rating. This in turn ensures a generally better light output. In addition, the display of HDR content in an LED device is even better, because specific image areas are addressed more easily and thus a better contrast gradation is achieved.

What is further improved by the LED technology is the colour representation of the image. While a traditional DLP projector with colour wheel cannot address the content so accurately, the ViewSonic X10-4K is able to do so with its LEDs. In addition, a falsifying of the colours, that can occur with a colour wheel, is almost impossible. Thus, the LED technology brings a noticeable plus in colour representation.

A topic that is becoming increasingly important are smart features. For projectors, these properties are not yet widely used. With a TV, however, they are indispensable. The X10-4K manages a very good implementation of its smart features, which means they offer attractive added value and are easy to use. The user interface of the projector is reminiscent of the typical Smart TV interfaces. This is provided by Aptiode. This allows the installation of various apps that make the ViewSonic projector an attractive home entertainer. Whether Netflix, Amazon or other apps, the choice is yours.

The ViewSonic X10-4K offers a LAN interface so that content can be easily streamed from the net. In addition, there is the possibility to bring the content wirelessly via WLAN to the projector. For this a 5 GHz WiFi connection is available. Thanks to the 5 GHz version, it works without interference, as often is the case if it were working in the typical 2.4 GHz range.

The projector has a 4-core processor, 2GB of memory, and 16GB of hard drive capacity (of which 12GB is available) for clean processing and good content presentation. It offers enough space for various apps. 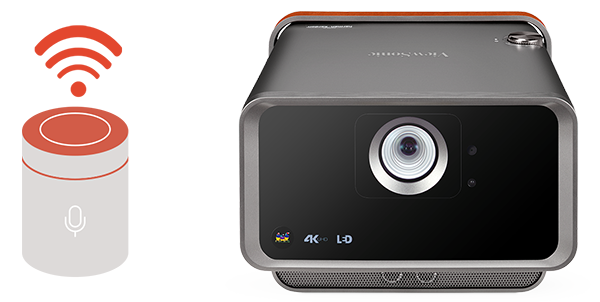 One feature that so far has been hard to find on projectors is the ability to work with voice assistants. For the ViewSonic X10-4K, these include Google Assistant and Amazon's Alexa. These voice assistants allow you to turn the projector on and off, to make it louder and quieter, or to select sources. The setting runs via the vRemote app (iOS & Android) and the respective manufacturer apps of the voice controls.

This makes the ViewSonic projector part of your Smart Homes!

Of course, many home cinema fans still want to watch their 3D movies. Therefore, it is not surprising that the ViewSonic projector is 3D-capable. However, this is not necessarily the case with all 4K projectors. However, the ViewSonic X10-4K is one of the projectors offering this feature and as is common with those that do, the 3D representation is only in 1080p. To view the 3D content you need  3D shutter glasses with DLP Link technology, which is offered by ViewSonic in the optional accessories.

The internal loudspeaker of a projector usually plays, as the saying goes, second fiddle. Not so with the X10-4K. It is equipped with Harman / Kardon stereo speakers that deliver impressive sound. The dynamic sound of the projector eliminates the need for a surround system in many situations. Especially when it is standing on the table in front of you, the sound in the ViewSonic X104K review came into its own. In addition to the usual connections, the projector can also be used via Bluetooth as a stand-alone speaker. 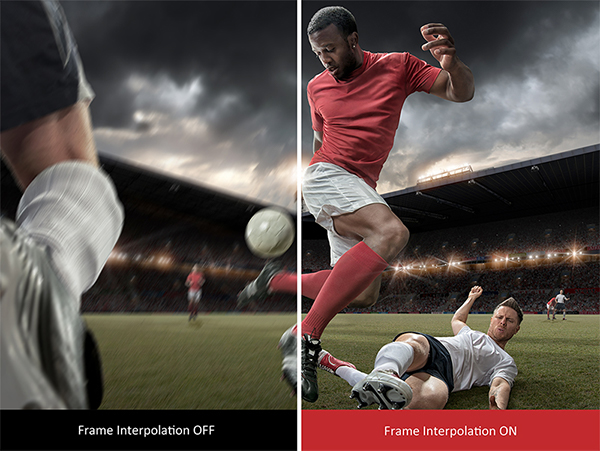 A feature that should not be missing in any home theatre projector is frame interpolation. It ensures a smooth image transition and smooth images with fast image panning. Depending on the taste, the intensity can be adjusted in three stages and for home theatre purists it can also be deactivated.

Most projectors always look the same. Not so the ViewSonic X10-4K, It stands out clearly from the pack. This is ensured by a stylish base housing, which offers interesting and useful applications. These include a carrying handle and a connection cover, both of which are covered with leather. The surface of the projector is made of metal, giving a high-quality feel. Operation is via a "clickable" mix of knob and wheel, which makes the rest of the projector appear very tidy. This design also convinced the jury of the IF Design Award, which is why in 2019 it received the IF Design Award. 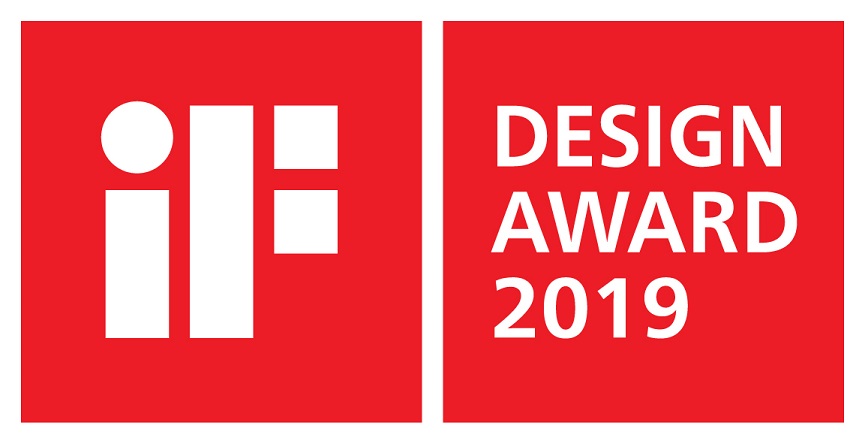 When it comes to focusing, the ViewSonic projector offers a handy autofocus that automatically adjusts the sharpness of the image. This achieves the optimum image sharpness.

The lens is thus relatively wide-angle, which means that the projector is well suited even in smaller rooms.

A small foot helps when setting up, this can be unfolded on the bottom of the projector. Here the vertical Keystone correction of +/- 40 degrees can be used.

The DLP projector uses the 3840 x 2160 pixels of the 4K UHD resolution in 16:9 format. With its 2,400 lumens (in this case, LED lumens), it delivers an attractive light output. The contrast ratio of 3,000,000: 1 ensures an excellent black level, which is particularly good for HDR presentation. When it comes to noise, it is at a good level of 28 dB in normal mode and 26 dB in Eco mode.

In terms of connections, the ViewSonic X10-4K is well positioned. It has two HDMI inputs, both of which support HDCP 2.2. In addition, there is a USB-C port that allows you to connect, for example, smartphones or tablets to the projector. There are two USB Type A ports and one Micro-SD slot available for digital content from a storage medium. The USB ports also allow you to power HDMI adapters as they deliver 1.5A or 2A.  Additionally there is the LAN interface and a port for the included WLAN adapter. In terms of audio, a 3.5 mm jack input and output available, as well as a Toslink connection.

In the box you will find a power cable, an HDMI cable, a USB-C cable, a remote control, a manual and a cover for the connections.

With the X10-4K ViewSonic has delivered a really interesting projector. Compared to most home theatre projectors, it offers more versatile entertainment options thanks to its smart features. However, it does not disregard typical home cinema features such as frame interpolation and 3D. The LED technology not only ensures excellent colours and contrasts, but also ensures an attractive life of the light source. The ViewSonic X10-4K price becomes even more attractive when you consider you won’t need to purchase replacement lamps! This makes the projector a complete happy package!